I just stumbled on this article by Drew Chinone on Midcurrent.com and found it very interesting and felt like sharing it. Enjoy the reading!

Click on the picture to get directly to the article:

The title says: “Storfisk fra Østersøen” in danish which means, Big game from the Baltic Sea.

As November is just around the corner, the first part of the fall season is in my eyes  more or less over. The spawning fish is on their way up the rivers to preserve the next generations and then it is only the chrome searuns that remains on the open coast.

The first part of the fall season is known by great numbers of fish on the open coasts. This does not always means the same as huge numbers of caught fish. The fish are often very tricky and even worse, they are very visible for the despondent fishermen. The fish have a tendency to show themselves more often, than the rest of the season. Saying that the fish are less likely to take the fly, does certainly not mean that they are impossible to catch. Actually this time of the year is in my opinion some of the most rewarding fishing. This is where the skilled fly fishermen really takes advantage of his perfection. This fishing requires perfect presentations; long thin leaders, small natural flies soaring in the clear water and the ability the read the water.

Frederik Lorentzen made this video  last year and it shows how tricky this fishing can be:

For myself, this years fishing have been very rewarding, both for numbers and size. Actually i beated my own personal record with at least 1 kilo and was lucky to get picture in a danish fishing magazine called fisk&fri.

The fish was around 4.5 kilos and 70 cm long and slightly colored. It took my fly after two pulls in the line and gave me a long hectical fight for 15 min. After some pictures the fish was released and swam away like nothing had happen. What a catch, it doesn’t get any better! Here by some more pictures of the Baltic Beauty: 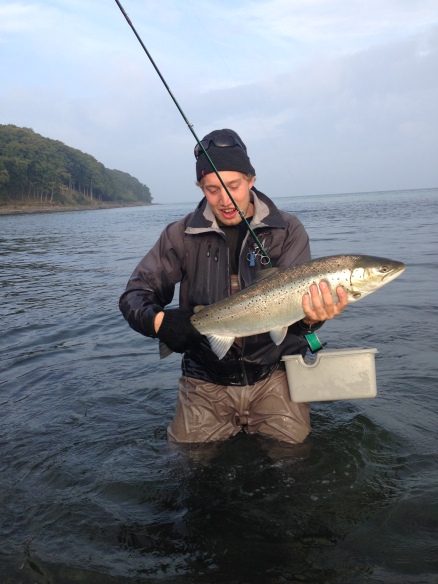 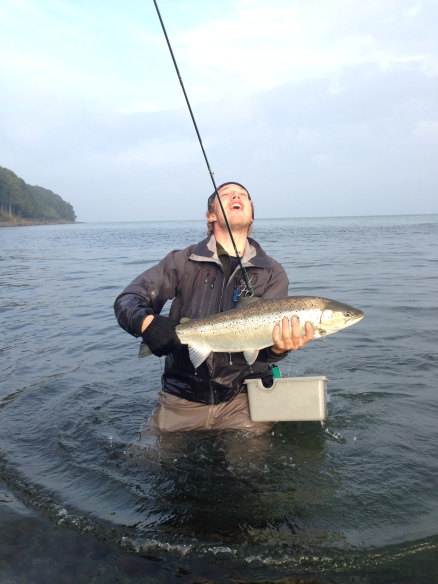 No matter whether if you’re swinging flies, skating dries, stripping poppers or hunting searuns, this movies will definitely bring a smile upon your lips.

The movie is filmed by Daniel Göz & Richard Morton.

At the moment the wind is shaking the in the trees and the rain is pouring down outside my window. In the television they advise to stay inside if possible.
I’m totally opposite! I’m totally keen on the season change. Already a few days ago i had my first day of fall fishing. Some of my buddy’s and myself visited the great island of Møn. The fish was very tricky, but it was possible to make the larger fish take a realistic shrimp imitation.
We caught plenty of smaller fish and two larger ones shown below. I also lost a fish
around 50 cm’s. 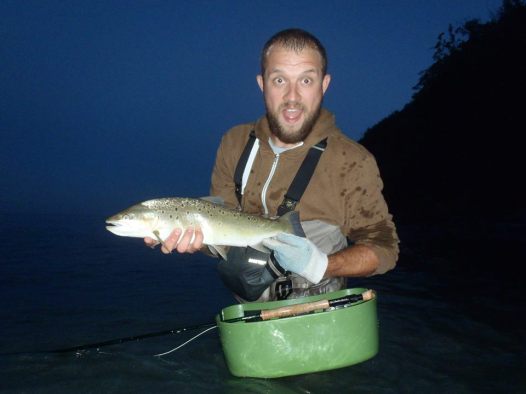 Kristian aka. Kedde with a very nice searun caught in the very last light of the day on a realistic shrimp imitation.

Thanks for the pictures Kim!

The water temperature is constantly getting warmer and warmer everyday from now on and this means night-fishing. Unfortuanally this also means less days on the water in my case.

Besides the warm weather lately, i have still been able to catch searuns in the evening after work. The beauty above is cauhgt and hour before sunset 10 days ago.

My next update will dig further into night-fishing after coastal searuns.

Btw. Have a look at the newest issue of Pool 32 Magazine 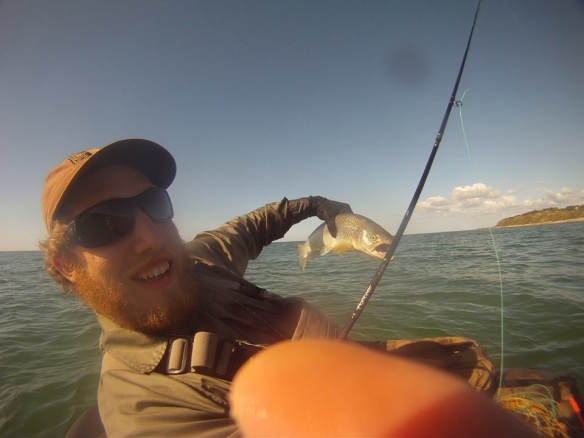 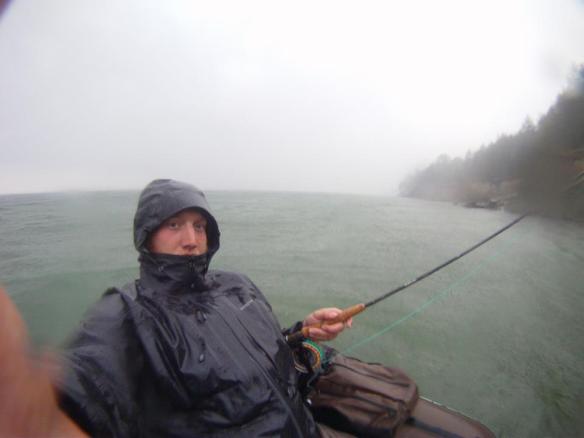 Here by some videos from some of the high end rod manufacturers factories. Seems like a decent job.

Besides that i caught a very nice fish. Weird enough this fish had not been eating ragworms, my best guess would be that the coastal water have to get a little warmer to get the worms the swarm further from land. I fished a ragworm imitation for an hour and switched to a sculpin imitation that resulted in this beauty.

HAUNTED BY THE FLY
Blog at WordPress.com.
Loading Comments...